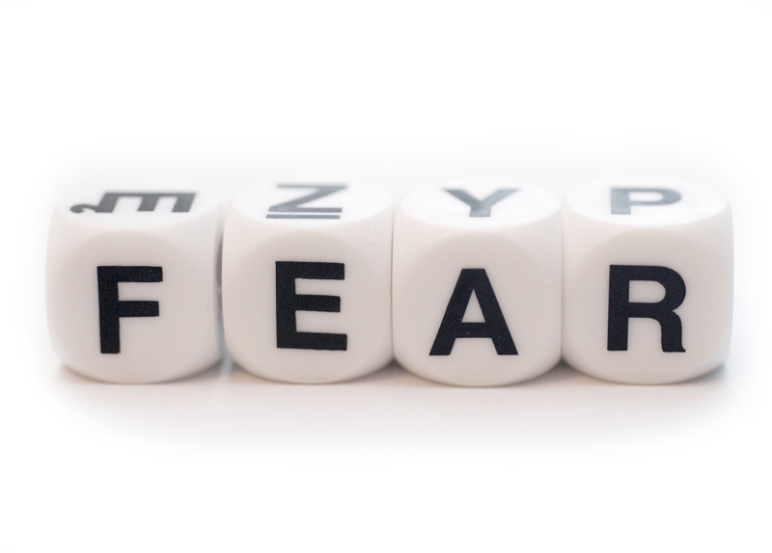 Let me update those of you who haven’t been privy to my hysterics on Facebook this week:

Six days, several dramatic phone calls, a frantic e-mail, and many, many panic attacks later, my home is snake free. I hope.

I firmly believe that in most situations there are both blessing and lessons. Now that I can relax a bit, its time to reflect on the positive outcomes of this traumatic experience.

Dog’s are fine for protection, but cats are good for detecting trouble, too.
Imagine returning home from vacation. You’re unwinding on the coach watching little TV. You look over and see your cat starring at something behind the couch, presumably a small bug. The family room is in the basement, and a bug sighting every blue moon is not out of the question.

A few minutes later, the cat is still fixated on the object, which she is slowly backing away from. You think this is one big scary bug that’s about to come around the corner; better get a paper towel ready to pick it up and throw it out. A moment later you see what has captured your cat’s attention. It’s not small, roundish and black, it’s slender, long and yellow.

If it weren’t for my cat, I don’t know how long I would have sat on the couch before noticing the thin snake; it was almost the same color as my light yellow carpet. My pretty kitty stood her ground and allowed me the chance to escape.

I am courageous, but I don’t want to be.
I don’t really remember the two minutes after the snake sighting. My eyes saw the snake, my legs ran upstairs, and then my brain registered what was happening. I immediately reasoned that there are very few poisonous snakes in Minnesota, and none is likely hanging out in the middle of the city. I also had to admit that the snake was fairly small, only about two inches in diameter.

Then I realized that I left my poor cat downstairs to fend for herself. I tried to call her to come upstairs, but I don’t think she had any confidence that I would protect her: “P-p-pretty k-kitty, c-c-come up-p s-s-stairs, sweetie. It’s-s ok-kay.”

I knew there was no way I was living in a house with a snake in it – it was either me or it. Because I didn’t have the energy to pack up the house and put it on the market that night, the snake would have to go.

My grand plan was to get the snake into a plastic bag, tie it up and throw it in the trash outside. After a few deep breathing exercises, I went back downstairs, armed with a plastic grocery bag wrapped around each hand.

When I saw the snake in its full glory, it was a lot longer than I thought, about a foot-and-a-half to two feet long. I wanted to run and never look back, but I didn’t. I grabbed the snake with a plastic wrapped hand and immediately realized that getting it enclosed in the bag would entail touching it more.

I just grabbed it and ran upstairs. I tripped along the way and lost my shoe, but kept hold of the vermin and kept running. I opened the front door, not quite sure what to do. Then the snake moved and started to wrap around my arm. I freaked. I threw the snake out the front door, slammed it shut and locked it before the snake could come back for vengeance.

Courage is not acting without fear; it’s acting despite the fear. I knew that if I had to, I could face another snake, but hoped I never would.

What’s an emergency for one is just another day on the job for another.
I called one of the few pest control companies that advertised snake handling. I wanted the Snake Wrangler to come in guns a-blazin’ ready to rid my home of all reptiles, by any means necessary. Unfortunately for me this pest control company only used “humane” tactics, something about respecting all living creatures and not polluting the environment with chemicals, blah, blah, blah.

Putting traps inside and out of my house would eventually get rid of any and all vermin. Eventually. I wanted immediate results. I wanted assurance that I’d never see another snake on my property again. I wanted to hear that if there was another sighting, the Snake Wrangler would arrive instantly to eradicate all pests, make me a comforting cup of hot coco and sing me a song.

Instead, the Wrangler acted like he knew more about the ways of snakes than I did, and assured me that setting traps is a proven method of getting rid of them.

Once the traps were set, I felt fairly secure. I came home from work Tuesday ready to put this all behind me. I got out of my car, looked toward the garage door and saw another, much larger snake coiled and cozy, welcoming me home.

Again, my memory of the next few minutes is sketchy, but I did have the wherewithal to post a picture of the reptile on Facebook (how’s that for modern-day priorities?). When I looked in the garage 20 minutes later, the snake was gone. The Wrangler said he would not come out except collect a contained snake. In the meantime, let the traps do their work.

I felt panicked and scared. The Wrangler was logical and professional. I hated him. I slept at my sister’s house that night.

Having an investigative personality is a blessing and a curse.
Part of my fear was of The Unknown. When I looked up Minnesota snakes online, my unwanted house guests did not show up. Saturday’s snake was light yellow, probably a baby. Tuesday’s snake was full-grown and dark orange. I could find no pictures of orange snakes indigenous to the Upper Midwest. Minnesota snakes are predictably understated in their earth tones.

A Facebook friend IDed the critter in my photo as a Corn Snake. Google confirmed. My research of Corn Snakes began. I now know more about snakes that anyone should have to.

I did have one burning question that needed an answer – and I needed to hear “no.” I had to know if snakes could climb stairs. The terribly unfortunate answer is “yes.” Snakes that climb trees in the wild can use the same tactics to climb stairs. My scalp twitches just thinking about it.

I slept at home Wednesday and Thursday, but confined my living to the upstairs. This meant no TV, which was in the snake-infested basement. And that meant no “Glee” reruns. Not happy.

The best cure for a bad mood is a copy Entertainment Weekly and a third of a bottle of wine.
I don’t think this point need much explanation.

You never truly know what you’re afraid of until you have to face it.
I’ve never been the type to freak out at creepy-crawly things. I don’t like bugs or reptiles, but I’m not phobic about them either … at least I wasn’t until this week. In the past few days I’ve been startled by tree branches, shoelaces, my cat’s tail, purse straps, and my own dreadlocks.

Let’s hope this jitteriness is temporary. Let’s hope the traps really are working. And pray with me that the snakes have gone off to … actually I don’t care where they’ve gone off to, as long as they’re gone.

Keep looking up – I know I’ll try to.

“If that person in the mirror is gone tomorrow, everything is going to change for somebody. A whole lot of people are going to miss you. YOU MATTER.” ~Sheryl Lee Ralph