1. Be your authentic self. Know who you are and what makes you unique. 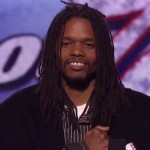 Landau Eugene Murphy, Jr. was a car washer from West Virginia when he sang his audition for the 2011 season of “America’s Got Talent.” When he first walked on the stage, the celebrity judges – and the audience – did not expect Landau to do well. As soon as he sang, however, his unique talent was obvious.

What’s more, Landau did not look like someone who sing songs by Frank Sinatra. Landau stayed true to who he was. He sang a song he enjoyed. And he took the opportunity to share his talent with the world, despite the odds.

Listening to the judges’ comments after Landau’s song (starts about the 3:50 mark), it’s clear that they had low expectations for Landau. A few months later, after competing with dozens of other acts and earning millions of viewer votes, Landau won “America’s Got Talent.”

What does Laundau’s audition have in common with many job seekers’ experiences?

An employer is not a reality show judge. However, a hiring manager might review dozens of resumes and interview several people just for one job.

You will have to tell the employer why he or she should hire you over other candidates. In order to do this, you have to believe in yourself and know why you are the right person for the job.

2. Don’t let fear or nervousness stop you from finding your dream job.
The job interview process is not as public or exciting as auditioning for a reality TV show like “X Factor” or “American Idol.” But when the time comes for you to talk to an employer, you need to summon as much nerve and focus as you would for a high-profile audition.

Don’t let fear paralyze you. Practice your interview questions. Do mock interviews. Research the employer so you can ask questions. Preparation will help you be more confident and less nervous.

3. Don’t act like a jerk.Confidence is good. Arrogance is not acceptable. Employers do not hire skills, they hire people with skills. Watch Xander Alexander’s “X Faxctor” audition as an example of how not to behave in a job interview, at a networking event … or anywhere.

An easy way to show you are a kind person is to show gratitude for every job interview you get. Thank the employer for spending time with you, even if the interview did not go well. Also, thank your networking contacts for all information or job leads they give you – even if they don’t lead to an interview.

Your Move:
Do you watch reality TV? What tips have you seen that might help a job seeker? Leave a comment at the bottom of the page.

2 thoughts on “3 Tips Job Seekers Get From Reality TV”

“Celebrate what you want to see more of.” ~Tom Peters